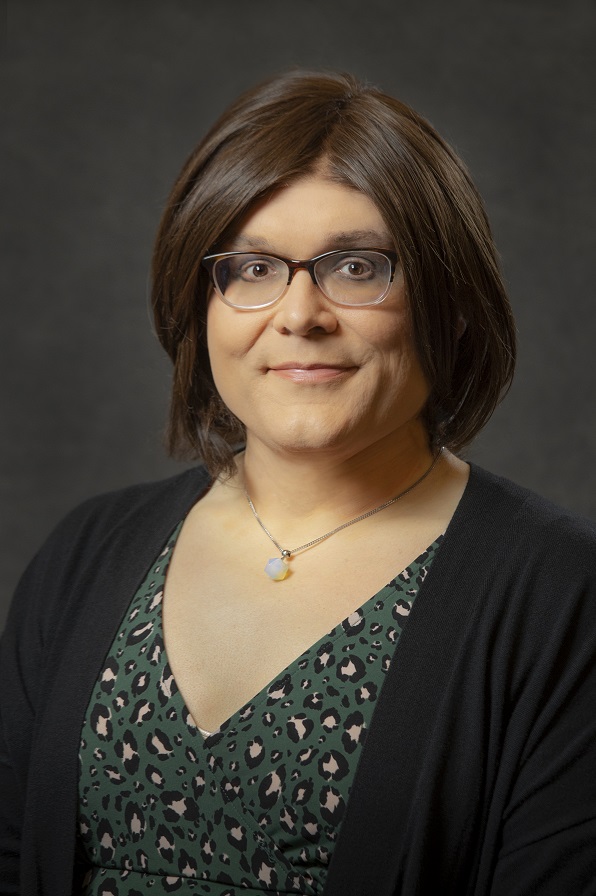 What is Foreign Law?

Foreign Law refers to the law of another country or other countries (a.k.a "sovereign nations.") It may take the form of common law, civil law, customary law, religious law or a hybrid structure.  It does not have effect outside of national boundaries. Primary sources include:

Some countries provide web based access to their laws, with translations.  France is a good example.

What is Comparative Law?

Comparative Law is the "study of the similarities and differences between the laws of two or more countries, or between two or more legal systems."  Marci B. Hoffman & Robert C. Berring, Jr, International Legal Research in a Nutshell (2nd ed. 2017).  It is not considered a body of law, by itself, but rather an approach to legal inquiry. 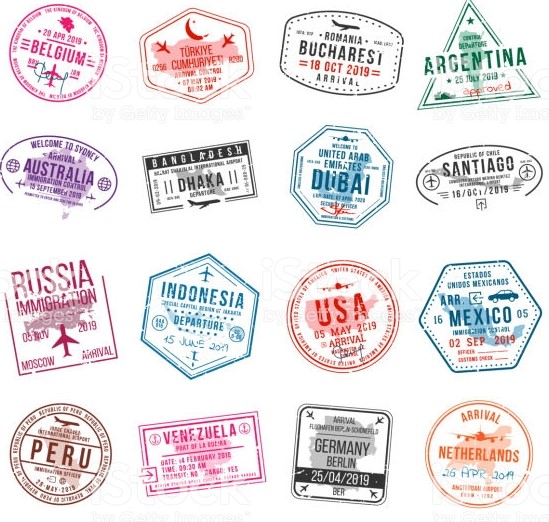 What is International Law?

International law. (18c) The legal system governing the relationships between nations; more modernly, the law of international relations, embracing not only nations but also such participants as international organizations and individuals (such as those who invoke their human rights or commit war crimes). Also termed public international law; law of nations, . . . law between states. INTERNATIONAL LAW, Black's Law Dictionary (Bryan A. Garner, Editor in Chief, 9th ed. 2009), international law.

Customary International Law. International law that derives from the practice of states and is accepted by them as legally binding. This is one of the principal sources or building blocks of the international legal system. One might think of it as a sort of common law springing from the consistent interaction of many nations over time.  Principal features include:

Restatement (Third) of Foreign Relations, "customary international law results from a general and consistent practice of states followed by them from a sense of legal obligation."   Primary Sources include:

Private International Law, a.k.a. International Conflict of Laws.   The focus here is on the choice of law to apply when there are conflicts in the domestic law of different nations related to private transactions between those nations.  Primary Sources of Law: national law.  Common areas where this arises include:

What is Transnational Law?

Normally, in international law, states are like billiard balls--they may knock each other around, but there is no inner penetration to provinces, municipalities, or individuals.  In transnational law, this is not true; not only are nation states involved, but also sub-sovereign entities and individuals.  This often occurs when there are environmental and shared natural resource issues.

The CIA World Fact Book summarizes transnational issues for each country.  For instance, water sharing with the United States is listed as a disputed issue under Mexico's "Transnational Issues."

Another example is the Columbia River Treaty Review involving not only the sovereign states of the United States and Canada, but British Columbia, Oregon, Washington, Idaho, Montana, and Wyoming and fifteen tribal nations of the United States and seventeen first nations in Canada.  See Nigel Bankes and Babara Cosens, The Future of the Columbia River Treaty 26-29, 102 (October 2012). https://munkschool.utoronto.ca/wp-content/uploads/2012/07/Bankes_and_Cosens_POWI_2012.pdf 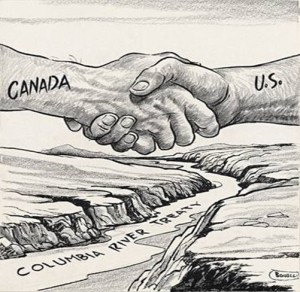 The three-year commitment is being described as ‘historic’

As noted by the story, "leaders from three Indigenous groups and the provincial and federal governments have signed an agreement to bring salmon back to the Upper Columbia River. Representatives from the Syilx Okanagan, Ktunaxa and Secwepemc peoples, British Columbia and Canadian governments signed a letter of agreement in Castlegar on Monday.

“Our fundamental goal is to bring the salmon back to their historic range, the headwaters of Columbia Lake,” said Kathryn Teneese, chair of the Ktunaxa Nation Council.'" 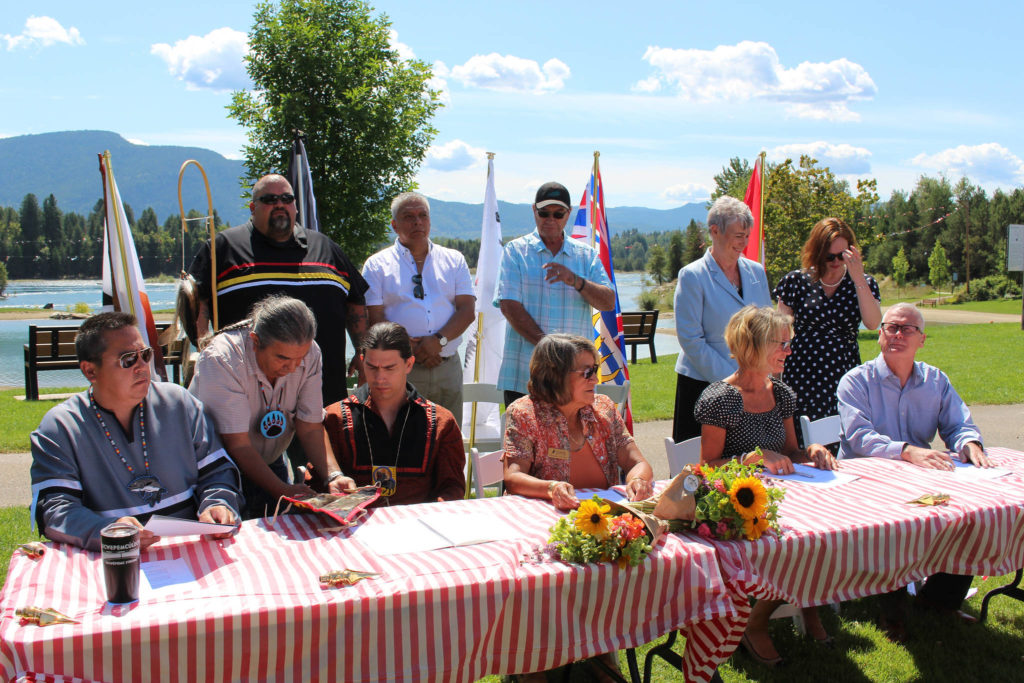 Supranational law is a form of international law, based on the limitation of the rights of sovereign nations between one another. Nations explicitly submit their right to make judicial decisions to a set of common institutions.  Saskia I Mehlhorn, Fulbright & Jaworski LLP, Foreign & International Law Research (handout) 2 (Spring 2011);  SUPRANATIONAL, Black's Law Dictionary (9th ed. 2009), supranational.

As the European Court of Justice observed:

"The objective of the EEC Treaty, which is to establish a Common Market, the functioning of which is of direct concern to interested parties in the Community, implies that this Treaty is more than an agreement, which merely creates mutual obligations between the contracting states. This view is confirmed by the preamble to the Treaty, which refers not only to governments but also to peoples. It is also confirmed more specifically by the establishment of institutions endowed with sovereign rights, the exercise of which affects Member States and their citizens…"

Scope of the Field 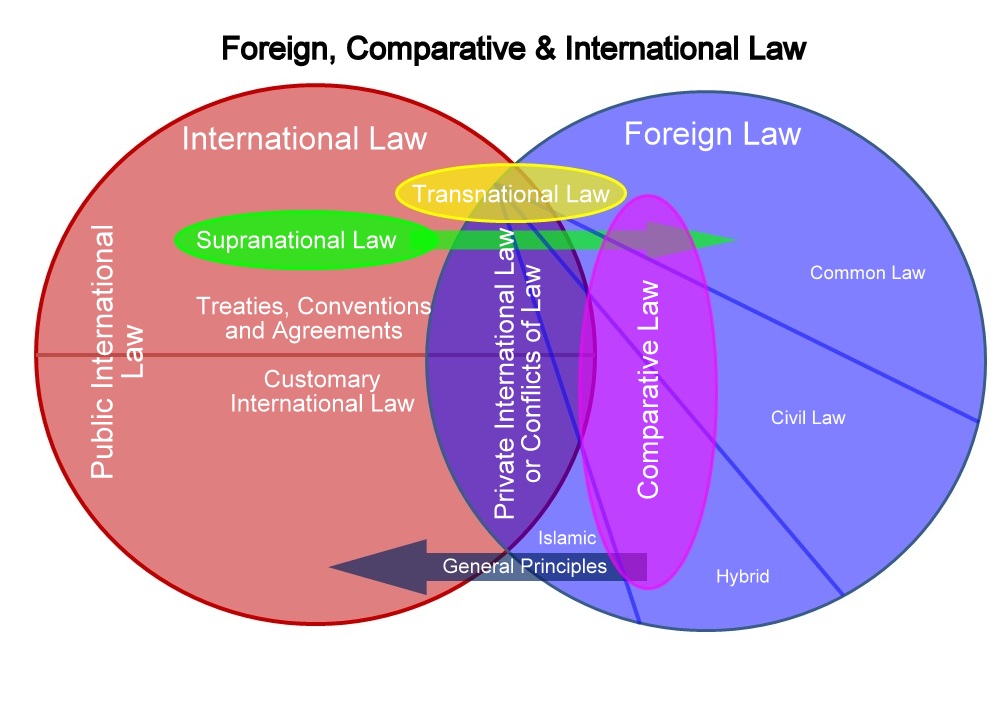